Computer graphics is a concept of presenting the thoughts, ideas and information in the form of pictures. With use of graphics system in computer technology the age of computer has reached on its top level. 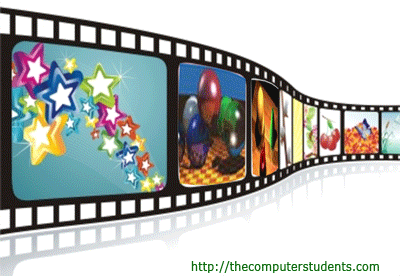 Computers these days have become a powerful tool for the rapid and economical production of pictures. By this era we find using graphics with computer technology, a interactive solution for different areas and fields such as science, engineering, medicine, business, industry, government, art, entertainment, advertising, education, and training. Designing some presentation, textures, explaining your project to supervisors/users, manuals and so on have become impossible without use of computer graphics and even manage to make somehow, it won’t be taken as a good one.

We can see many of real world example, for now let’s take an example how an architect would explain his project in front of house owners. In a simple way, he designs the blueprint of his ideas to projects by using programs like AutoDesk AutoCad and explains it to the supervisor of the project and the owner with different measurements and concepts. In this way an architect uses computer graphics to present his design to others.

Let’s then list out the application of computer graphics:

CAD (Computer Aided Design) is the process of designing models, processes and frameworks, particularly for engineering and architectural systems by use of computer graphics. Starting to design objects by this concept, first displays a wire-frame outline and serially shows the overall shape and internal features of objects. Generally, computer aided design methods are now routinely used in the design of buildings, automobiles, aircraft, waterfall, spacecraft, computers, textiles and many – many other products.

Software packages for CAD applications typically provide the designer with a multi-window environment. Each window can show enlarged sections or different views of objects. Standard shapes for electrical, electronic, building, and logic circuits are often supplied by the design package. The connections between the components have been made automatically.

Computer art in computer graphics indicates to the preparation of pictures, cartoons, catalogs, boards etc and in the same time implies the use of different hardware such as paint brush and light pen.

To visualize means to form an image of something in mind

Scientists, engineers, medical personnel, business analysts, and others often need to analyze large amounts of information or to study the behavior of certain processes. Numerical simulation carried out by simulation and data analyzed by satellite cameras and other sources are need to be interpreted, which regards the application of computer graphics of such kind of visualization.

Image processing is a method to convert an image into digital form and perform some operations on it, in order to get an enhanced image or to extract some useful information from it. It is a type of signal dispensation in which input is image, like video frame or photograph and output may be image or characteristics associated with that image. Usually Image Processing system includes treating images as two dimensional signals while applying already set signal processing methods to them. Image processing is an important part of Computer Graphics. Below points explore about how computer graphics is used in Image processing.

In this era of application development people do not prefer those applications in which they could not use pointing device and are not interacted with different kinds of interactive images and buttons. Computer graphics plays an important role in developing Graphical User Interface.

One Response to "Application of Computer Graphics"